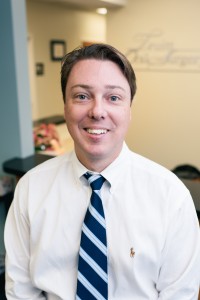 Dr. Truitt is a native Virginian, born and raised in Virginia Beach and living in the Richmond area since 1999.  Since 20013 he has called Mechanicsville home.

He is known for his caring approach and desire to provide patients with the best experience possible.  His number one priority is patient safety.

Outside of the practice, Dr. Truitt enjoys spending time with his wife Jenny and two sons.   He is a competitive Sporting Clays shooter.  He has and continues to win many championships throughout the East Coast and beyond. He loves the outdoors. If he is not in the office, he is most likely on the sporting clays course, hiking or at the beach with his family.